Keko Chronicles - The Bunyip and the Terckal Herder 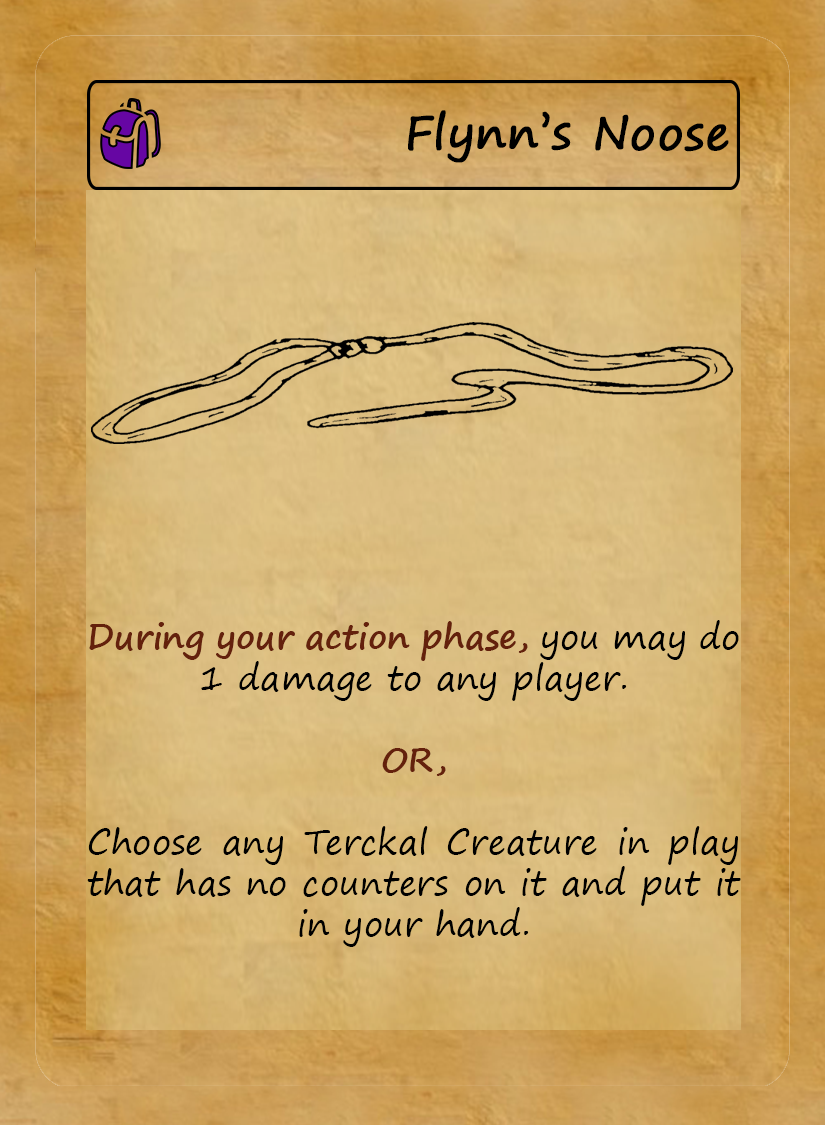 As Zeebis of the Galurian Royal Guard and his small group of soldiers escort Samantha and Daniel Keko and Nok-Nok the Nokmey northwest through Galuria, towards Yeslynn and away from the coming conflict south of the Galurian Marketplace, they camp in the relative safety of Stadyss Pass. There, while Daniel and Nok-Nok sleep, Samantha finds herself drawn to the older Zeebis and his protective nature. In order to keep her mind occupied on other things, Samantha opens the journal that had been left to her by her father. Within its pages, Samantha comes across a tale of her parents, a bunyip, and a terckal herder named Flynn... 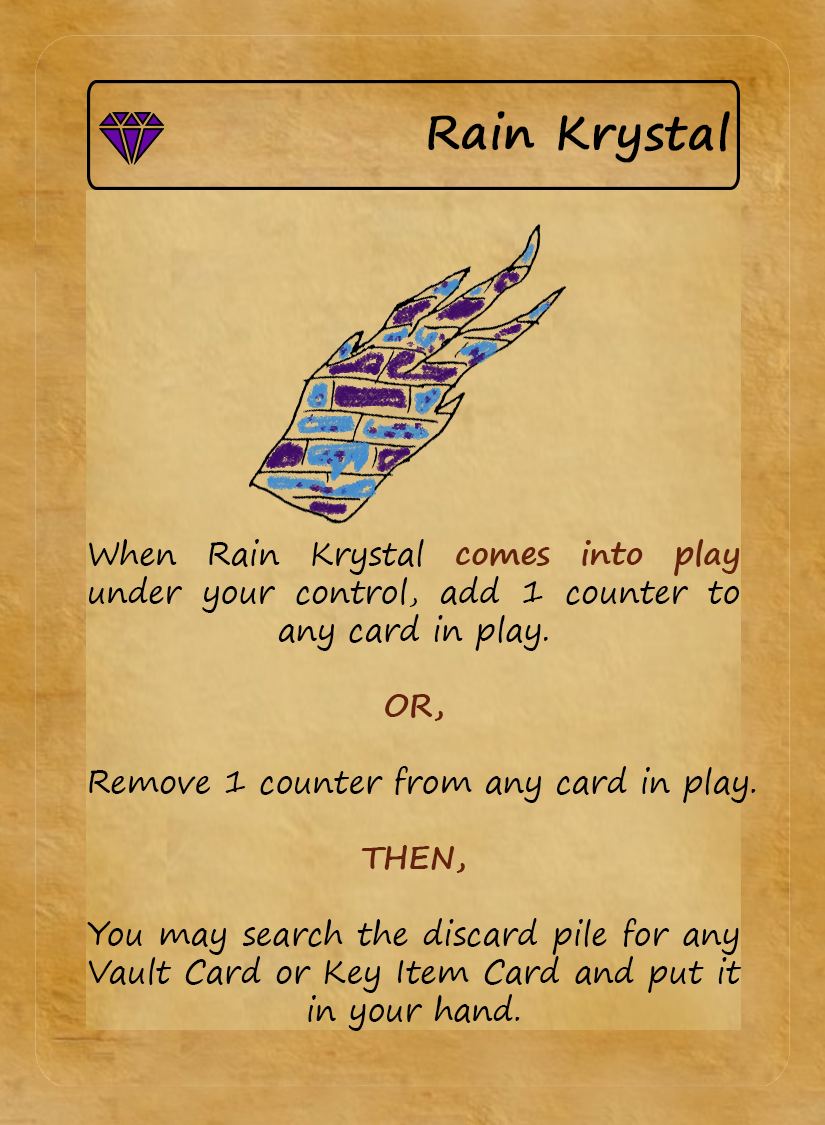 Samantha and Daniel’s parents were in Nuggles when they discovered that they were pregnant with their first child. Their friend, Lord Quiggs gets very concerned for their safety and has them flee to the nation of Berwykk to stay with his good friend and ally, Flynn the Terckal Herder. Quiggs instructs the elder Keko’s (William Allen who goes by the initials W.A. and Esther) to stay on Flynn’s farm for the duration of the Berwykk rainy season. The plan was for Quiggs to send an escort for the Kekos after things dried up, and they would lead W. A. and Esther to Quiggs’ P.T.A.W.M.T. (Portal to Another World Machine Thingy) and get the couple safely back to Earth. 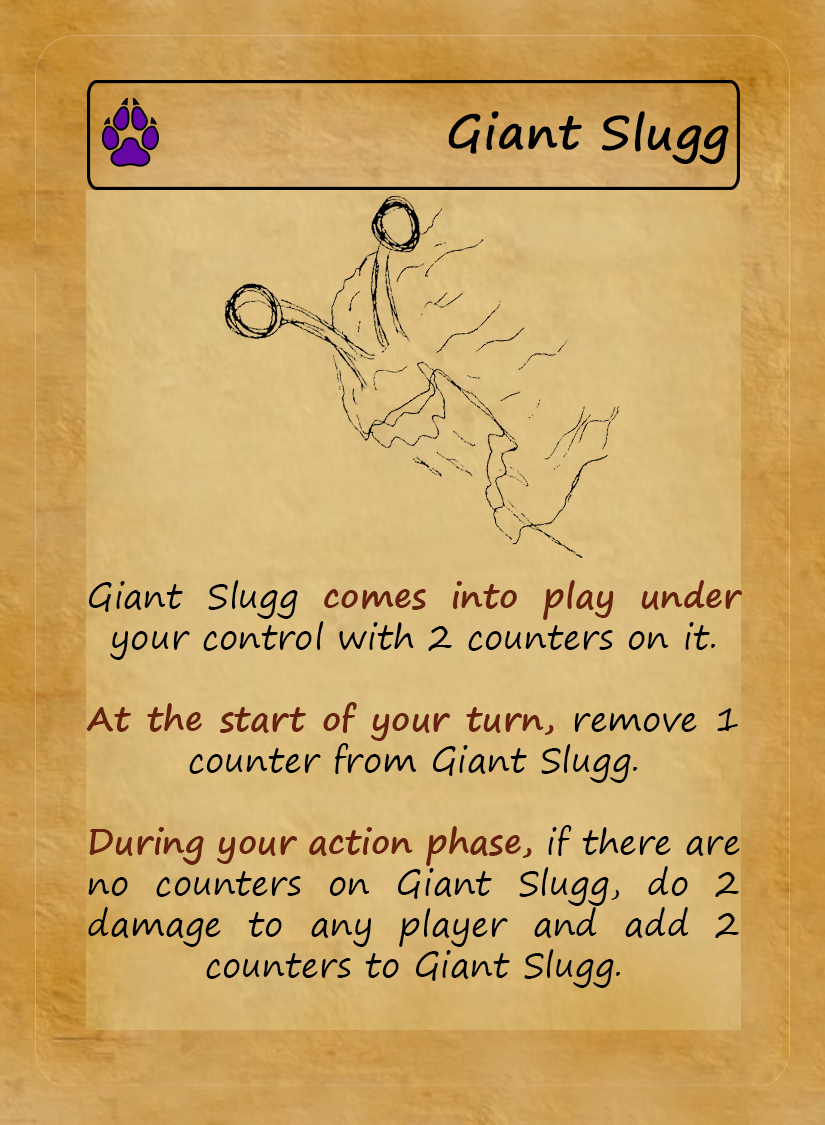 Flynn and W.A. hit it off immediately. Flynn enjoys W.A.’s corny jokes and W.A. enjoys Flynn’s calm kindness and wisdom. Esther takes to redecorating Flynn’s kitchen and living room. With his permission, of course. And then the rains come to Berwykk. And with the rains, come the sluggs.

One morning, roughly a month into the rainy season, Flynn discovers several dead Terckals, that had somehow wandered out of the enclosure. But these terckals had not been attacked by sluggs. It was evident that these terckals had been killed by a Bunyip. The rains and floods had driven a Bunyip out of Bunyip Gorge to the north and onto Flynn’s farmland.

While Flynn works to keep the farm as safe as possible, William Keko takes the herder’s water car south to the community that has formed around Valdynn’s Theater, seeking help for their Bunyip problem. Flynn is aware of certain vegetations that can keep Bunyip away. He hopes that W.A. Keko can find enough in the south to build a hedge around the core of the farm to keep the Buynip out. William is successful in his quest and returns with enough vegetation to keep the Bunyip at bay. For a while. 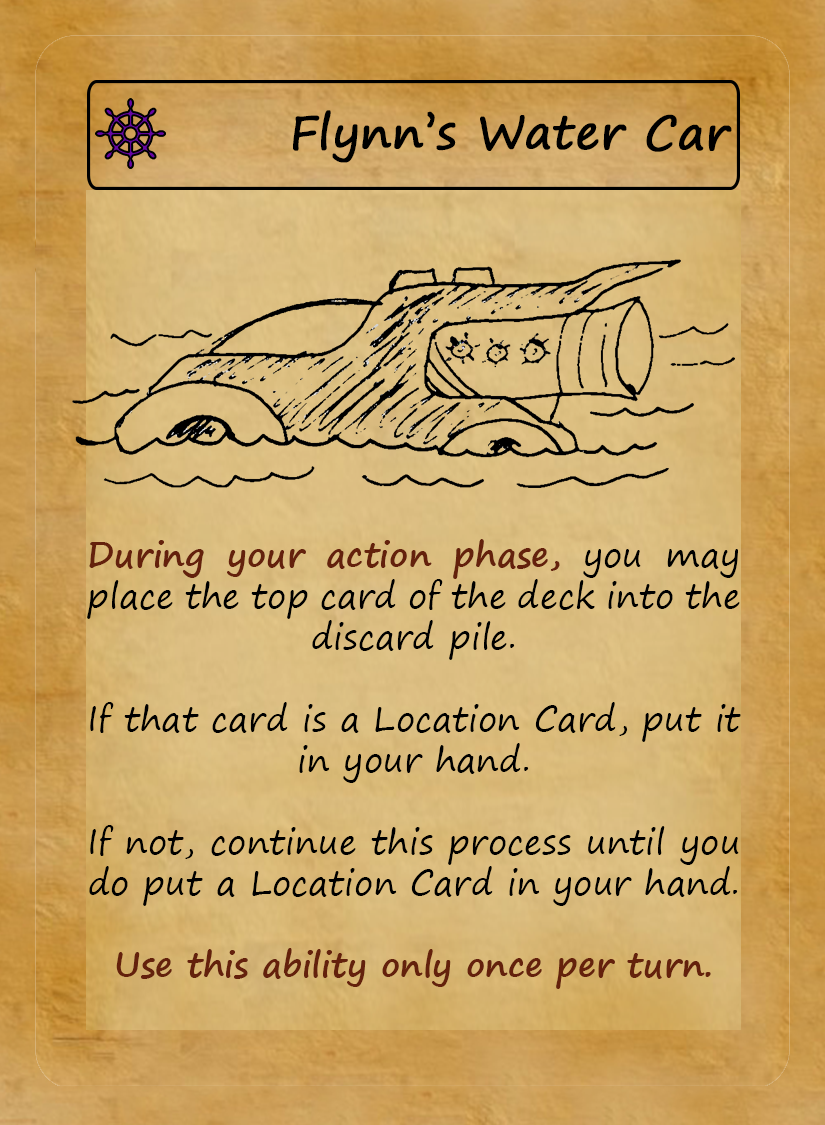 Roughly two weeks later, a visitor comes to Flynn’s farm; the magician, Valdynn Grytt, known as the Tricker. He is escorted by his two Hound bodyguards (Maxx and Byooti) and brings with him what he claims is an enchanted vault. A vault that may be able to capture the Bunyip that he claims can contain the Bunyip. Word had spread throughout the community when William had gone seeking vegetation. Valdynn saw an opportunity to help.

Flynn hesitantly agrees to allow Valdynn to assist, but both he and W.A. agree to keep Esther hidden from the visitor. Lord Quiggs had warned them about the dangers of people discovering that there was a pregnant human in Nuggles. 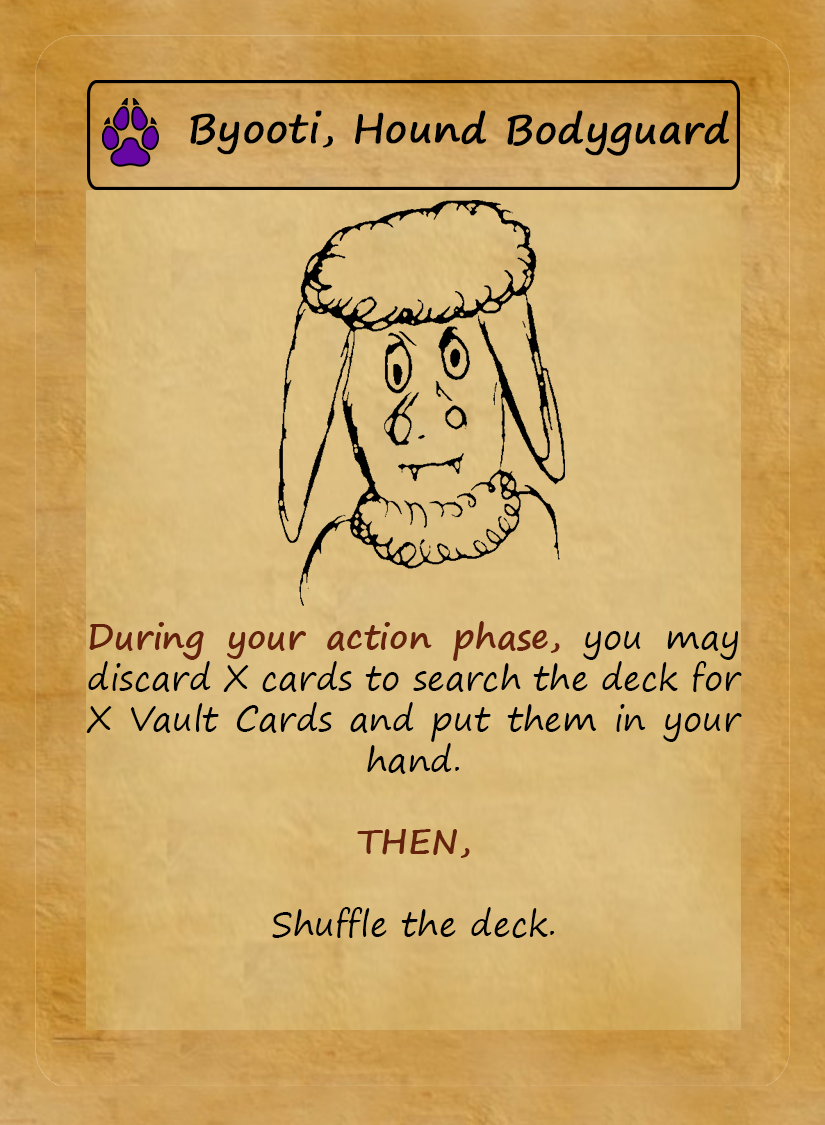 Valdynn and his bodyguards set a trap for the Bunyip using Flynn’s Terckals as bait (over Flynn’s objections). During one of the heaviest rains of the season, the Bunyip returns to the farm. Valdynn, his Hound bodyguards, Flynn, and William work together to try and get the Bunyip into the Vault. Flynn uses his noose lasso to try and corral the beast. W.A. Keko uses a pitchfork. Valdynn uses his abilities as an illusionist. Maxx and Byooti use their brute strength. Hidden in a nearby terckal nest, Esther watches on.

As the struggle continues, a mudslide makes its way down from the foothills to the north and onto the farm. The Bunyip is locked inside the Vault, but W.A. Keko is injured in the process. Esther cries out for her husband, making her presence known to Valdynn and the Hounds. Maxx and Byooti quickly recognize the scent of a pregnant earth woman. They make Valdynn aware of the situation and Valdynn realizes that any pregnant earth woman is a threat to Madame Ponqui. The prophecies of an earth child being born in Nuggles, the Nuggles-born, the destroyer of Masks, are not unknown to the Tricker. Furthermore, he is well aware that Madame Ponqui would want the pregnant earth woman dead. 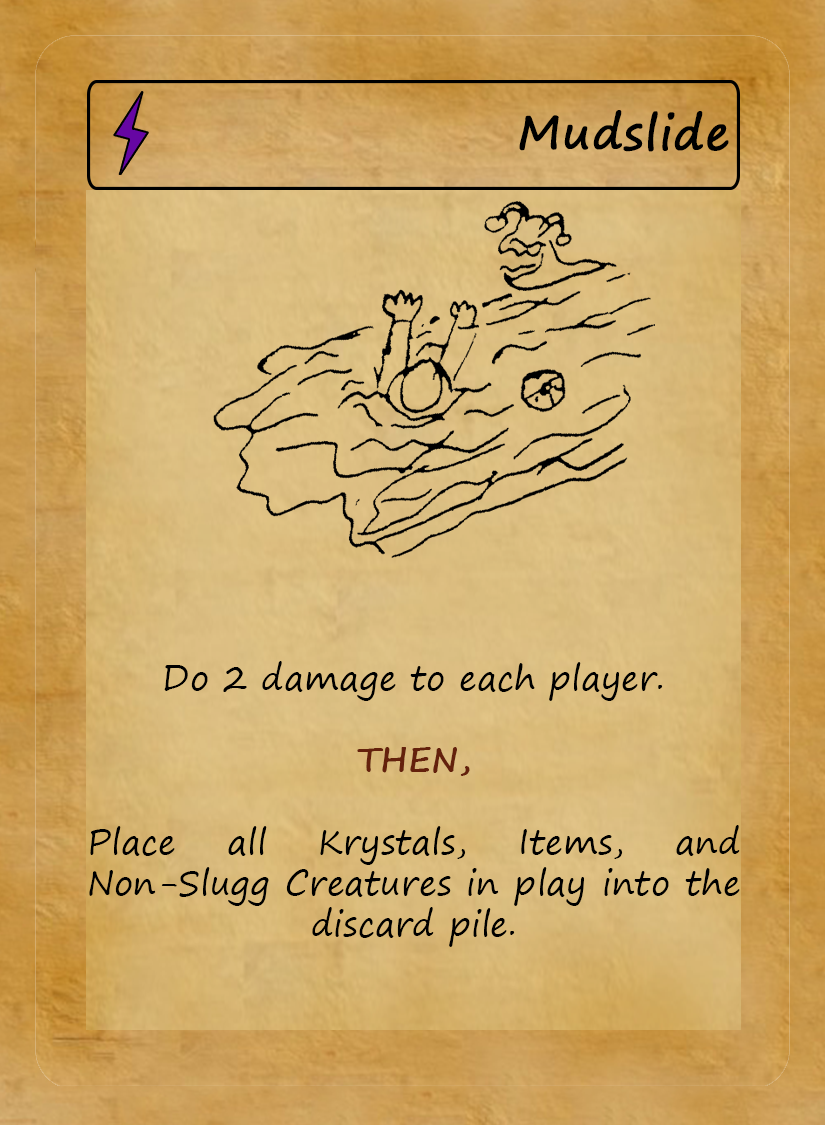 As Valdynn rushes toward Esther, Flynn corrals him with his noose lasso. The mudslide comes in full force. A seriously injured W.A. Keko, Esther Keko, Byooti the Hound Bodyguard, and the Bunyip Vault are swept away with the mudslide leaving the other Hound Bodyguard, Maxx, Valdynn Grytt, and Flynn the Terckal Herder behind.

Her eyes finally heavy, Samantha sets the journal aside. Her father ended that particular journal entry by saying what happened next was a tale for another time. She falls asleep wondering if the Bunyip Vault is still out there somewhere waiting to be discovered. She wonders how much more there is to this story. What happened to her parents? Will she ever really feel safe? And why...oh why...can’t she stop thinking about Zeebis?