In the northern part of Berwykk, set into the rolling Berwykk foothills is Bunyip Gorge. Passage through Bunyip Gorge is dangerous and strongly discouraged due to the Bunyip that dwell there. While Bunyip Gorge is prone to flooding, it is rare that the waters rise high enough to drive a Bunyip from the gorge into the nearby farmlands. When that does happen, however, Bunyip have been known to terrorize the locals, often leading to the death of both livestock and people. 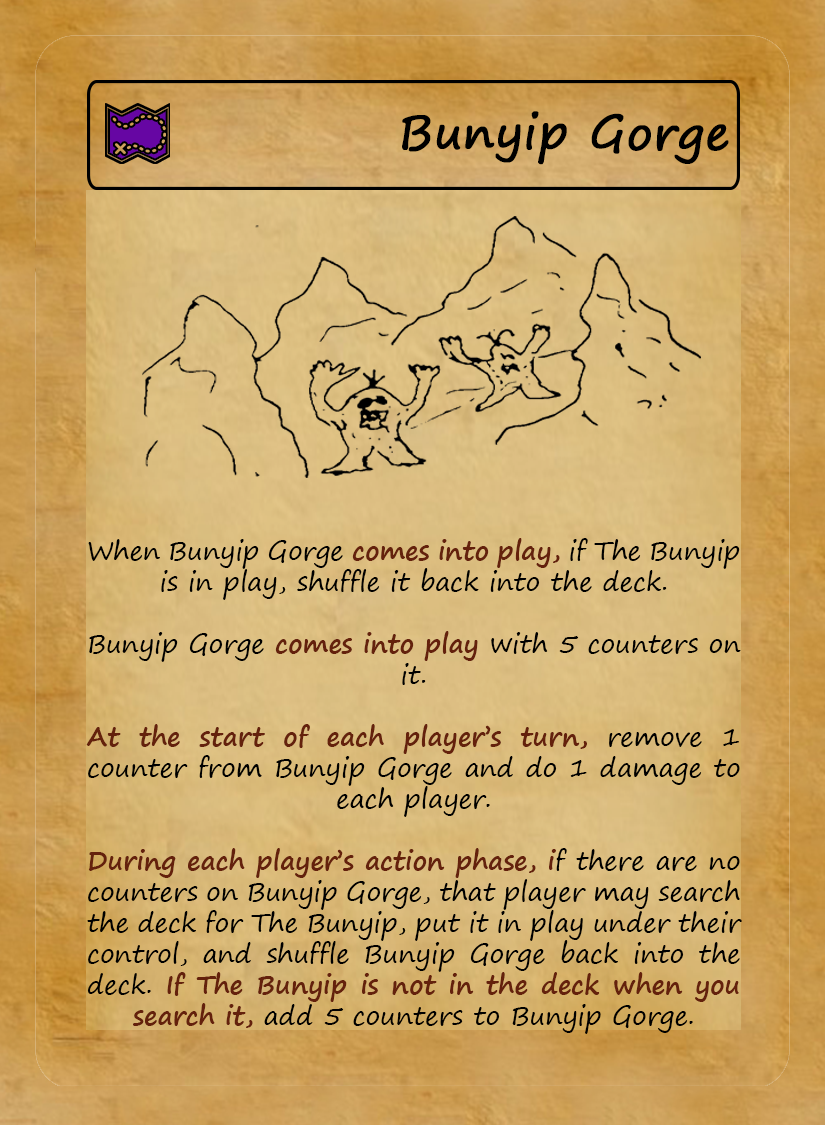