Somewhat removed from the hub of the Galurian Marketplace is the great colosseum known as Lydd’s Arena. Run by the Galurian, Lydd McPipkus, the Arena draws massive and rowdy crowds of individuals longing to witness and wager on the events held there. 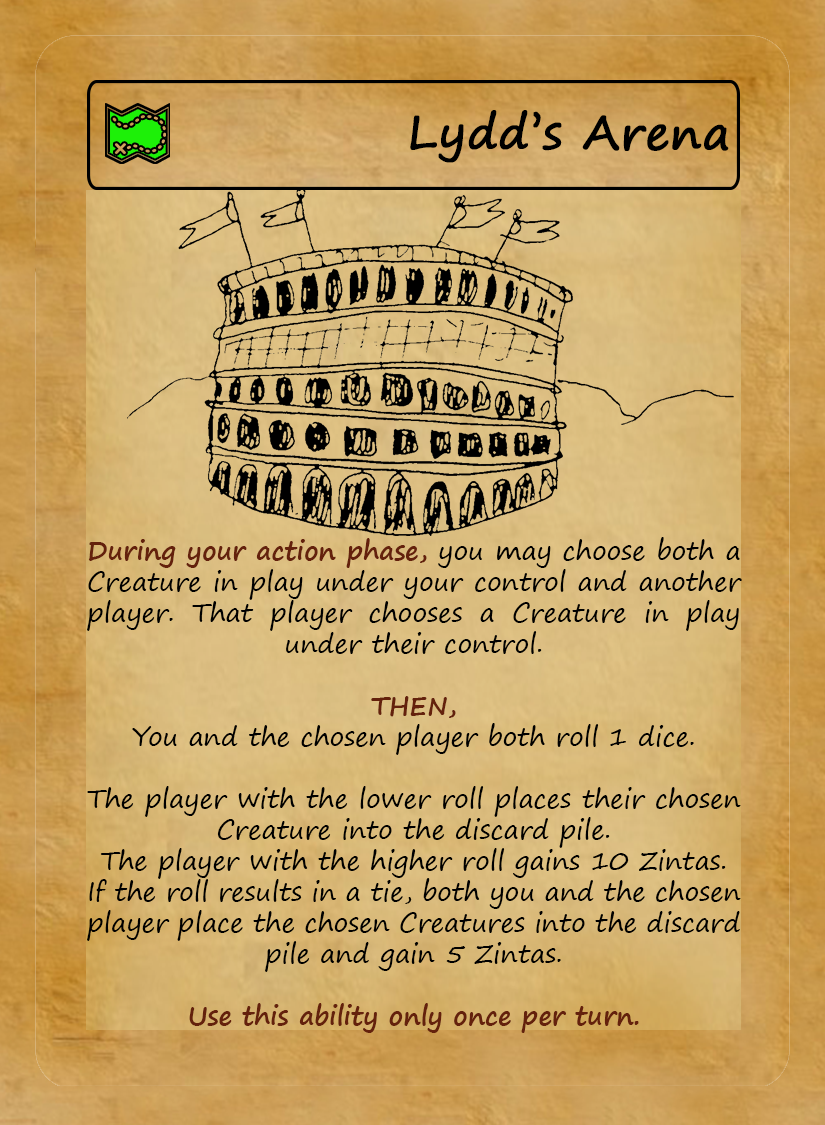 While some of these events include chariot races and other competitive games and contests of strength, Lydd’s Arena’s largest crowds come to see the epic gladiator battles between warriors from all around Nuggles. While the number of gladiator versus gladiator battles have lessened in recent years due to local outcries against the bloodshed, warriors are still on display as they battle Lydd’s collection of massive creatures including King Shibbers and Draggyns. It is rumored that some of Lydd’s beasts were brought to the Arena by Deffilwyne the Hunter.