The Galurian Casino was built not long after the Galurian Marketplace formed. It began as a room in the back of a merchant’s shop where Galurians could gather to play cards and drink Root Ale. It has since developed into the second largest casino in all of Nuggles. 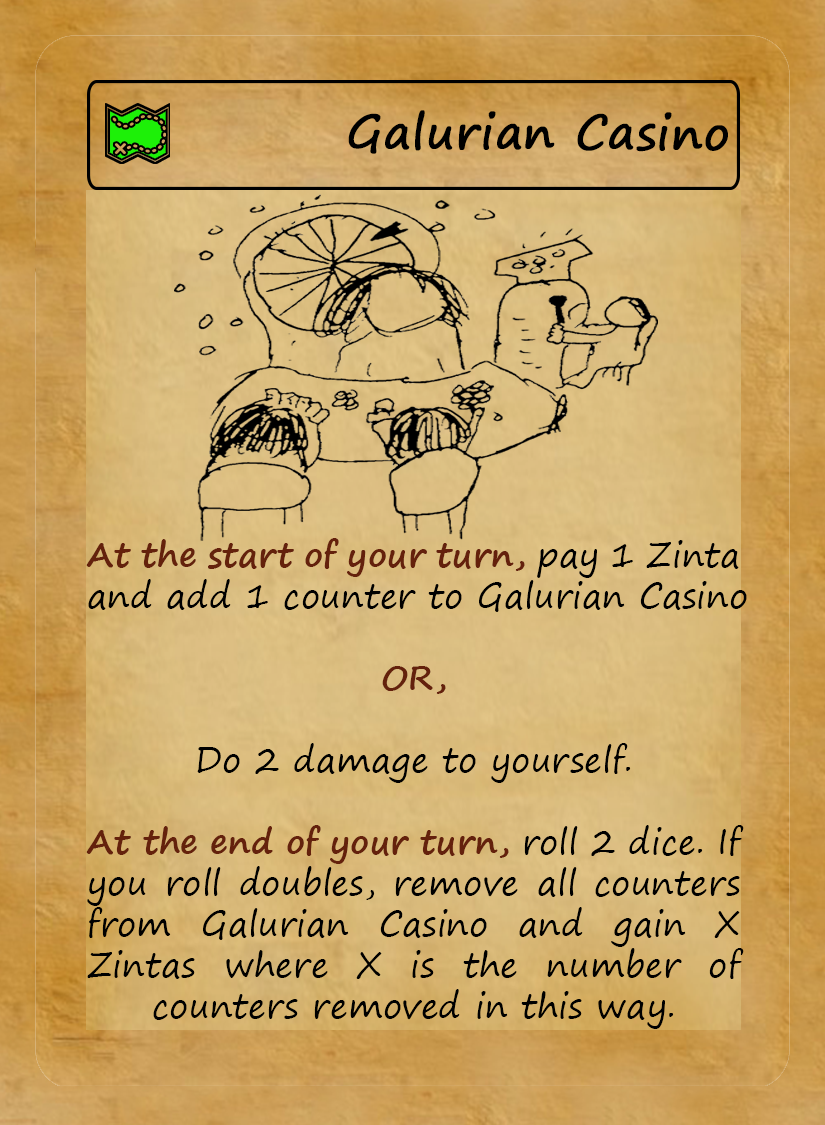 Queen Maggie has long suspected that those running the Galurian Casino have a direct link to Shwenn and the Thieves Guild, and that the Casino’s games are only a cover for much shadier dealings. However, despite her best effort, Queen Maggie has not yet been able to prove it.