In southern Berwykk, the magician and escape artist known as “The Tricker” Valdynn Grytt opened a theater. His performances drew fairly large crowds on a regular basis. The people of Berwykk were always eager to find a distraction from the depression that often accompanied the long rainy seasons. 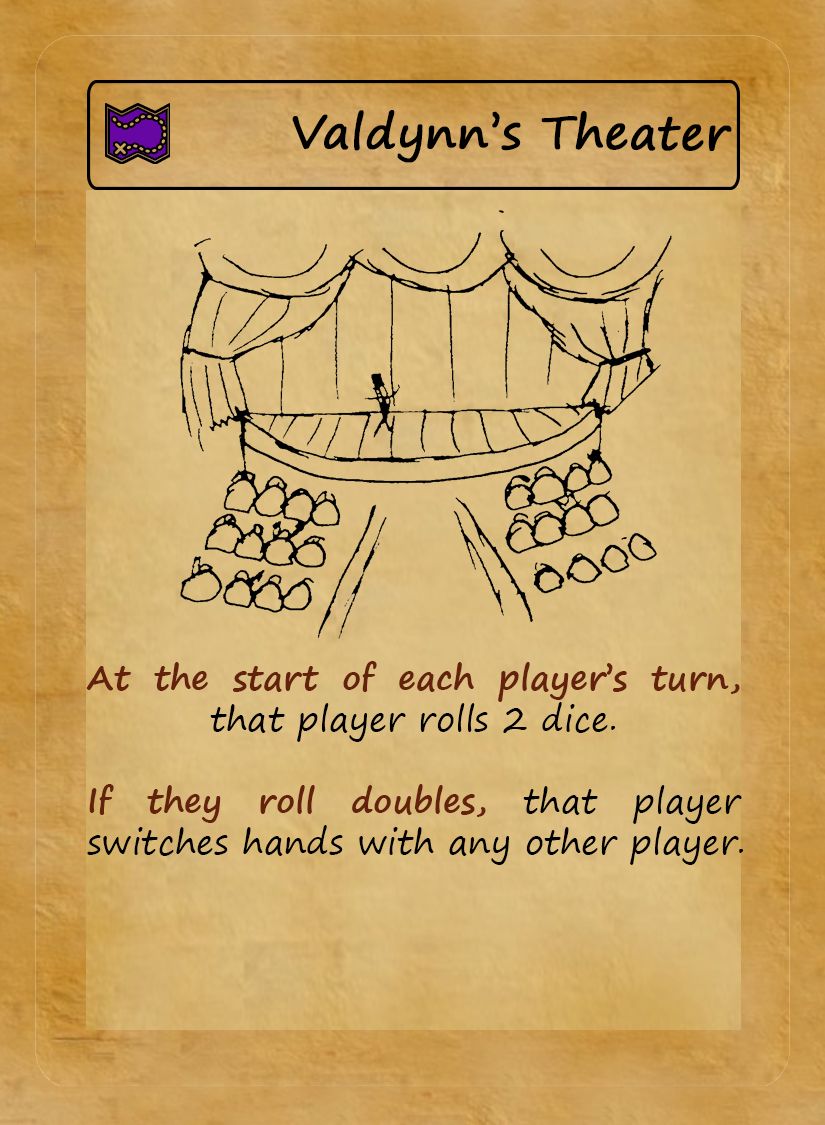