The exporting of powerful and unique Krystals has garnered the attention of many Pyrates over the years who have blocked shipping lanes and even attempted to invade the Island of Jo-Jo. 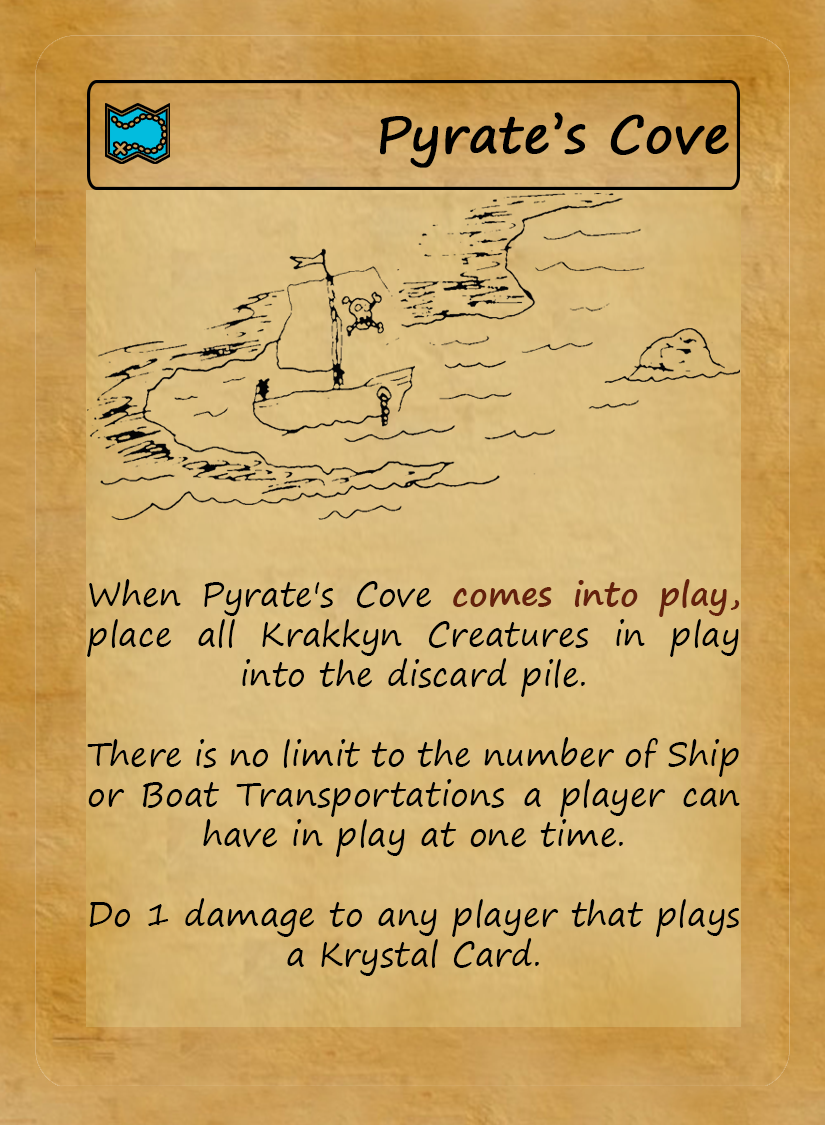 One cove off the northeast side of the island has been a hub of Pyrate activity throughout the nation’s history earning it the nickname of Pyrate’s Cove.