Bunyip are quite rare in most parts of Nuggles, but seem to flourish somewhat in the rainy nation of Berwykk, especially in some of the gorges and valleys to the north. Mostly, Bunyip keep to themselves, rarely venturing beyond the location of their birth. When they do wander from these gorges and valleys, however, they can become quite disruptive and dangerous. They have been known to kill livestock, damage property, and even drag local folks away back to their Bunyip homes. Nearly impossible to capture, and equally difficult to kill, Bunyip can be a serious threat to a community. While not proven, there is some speculation that certain types of vegetation can keep a less determined Bunyip away. But the more aggressive ones. There’s just not much a person can do to keep an aggressive Bunyip from doing whatever it pleases. 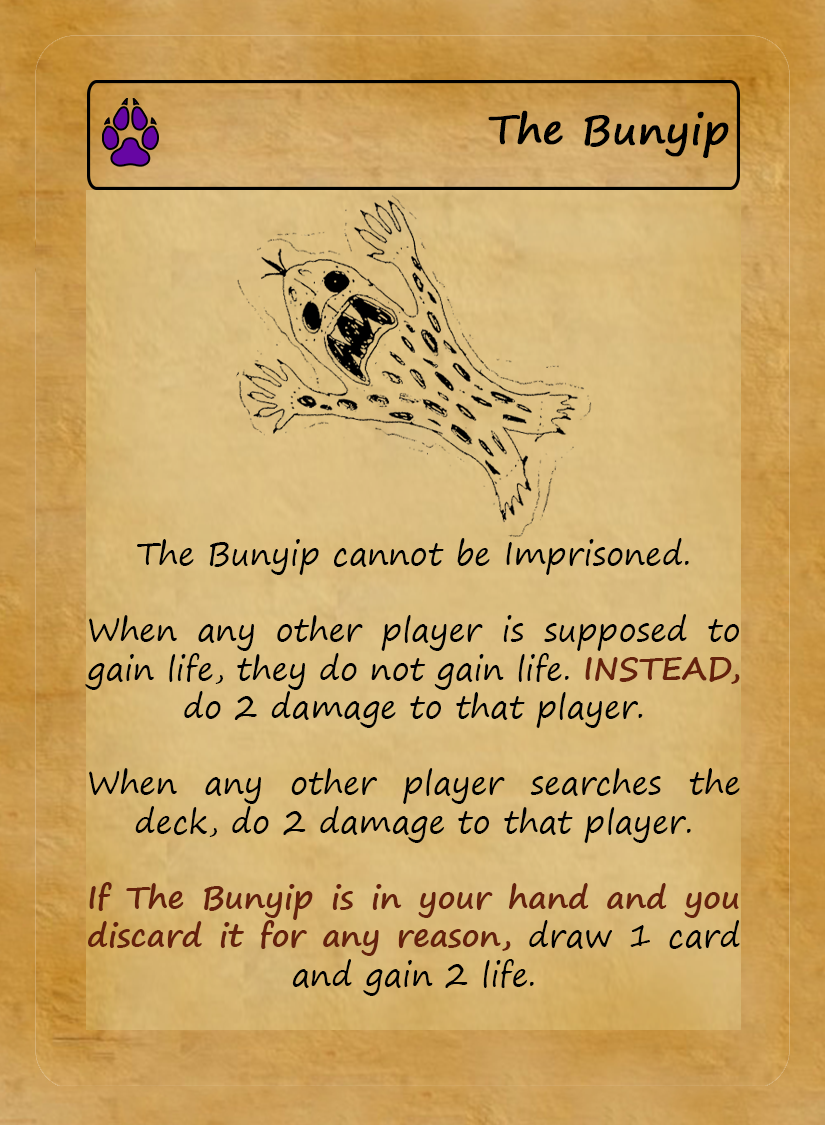