Wyrms are similar to snakes on Earth. However, they are much more intelligent. Some species can even communicate telepathically with one another as well as with other Nuggles creatures. While considered vile by many, some species of Wyrm have, at times, been kept as pets. 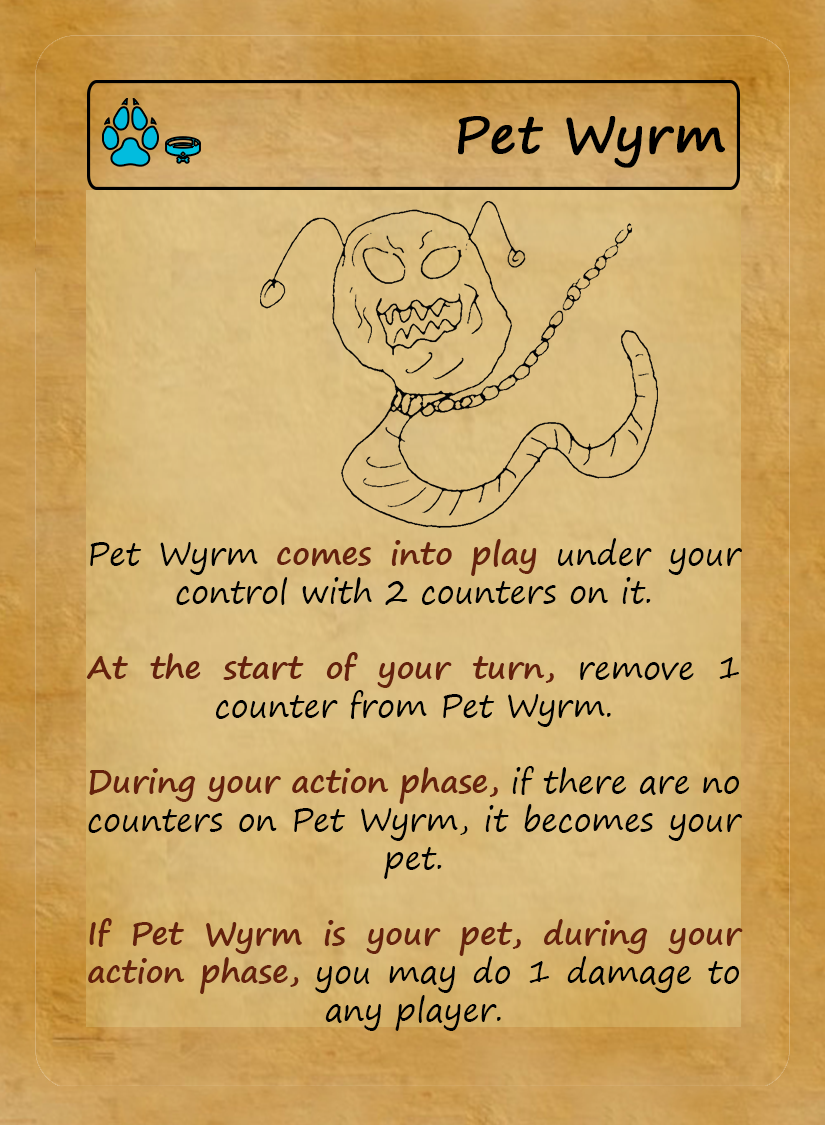