These winged beasts are very similar to the legendary dragons of Earth. Draggyns of Nuggles do not actually “breathe fire” as the Earth dragon. Rather, they spew a yellowish, toxic gas that is highly flammable, igniting almost instantly when it comes into contact with the Nuggles atmosphere. Draggyns are very dangerous and come in many shapes, sizes, and colors. 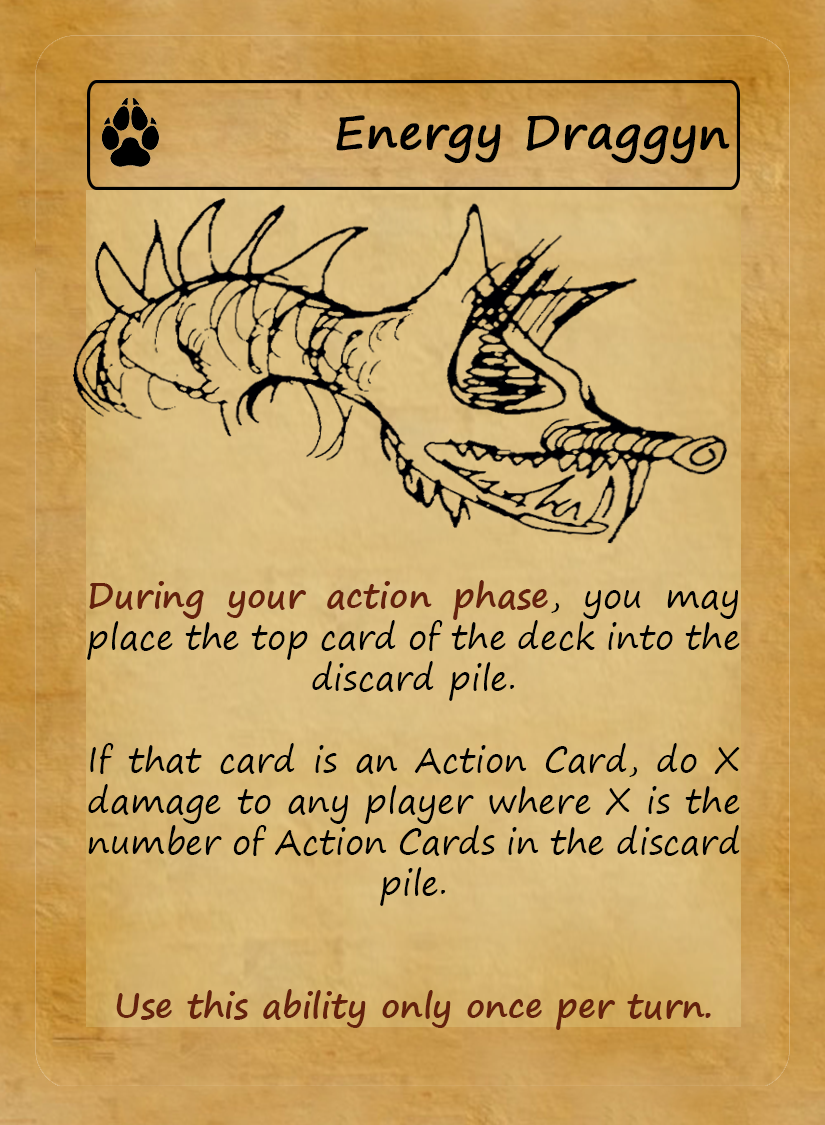 They are found in all Nuggles’ nations except for the far northern nation of Waggut-Zee. While Draggyns tend not to share territory with other Draggyns, large numbers of these creatures have been known to co-exist in areas where abnormally rich or powerful Krystal deposits have been found, like near Crackling Canyon in the Dezarkeem Mountains.

In Galuria, at Lydd’s Arena, Draggyns and other creatures face off against brave gladiators willing to risk their lives in competition in front of huge audiences.