Hounds are native to the southern nation of Raabia but live throughout Nuggles. Hounds are humanoid canines, often vicious in nature. For nearly one hundred years, Madame Ponqui has used their pack mentality and militaristic tendencies to form a massive Hound Army that is both feared and respected. There appears to be some sort of caste system among the Hounds. 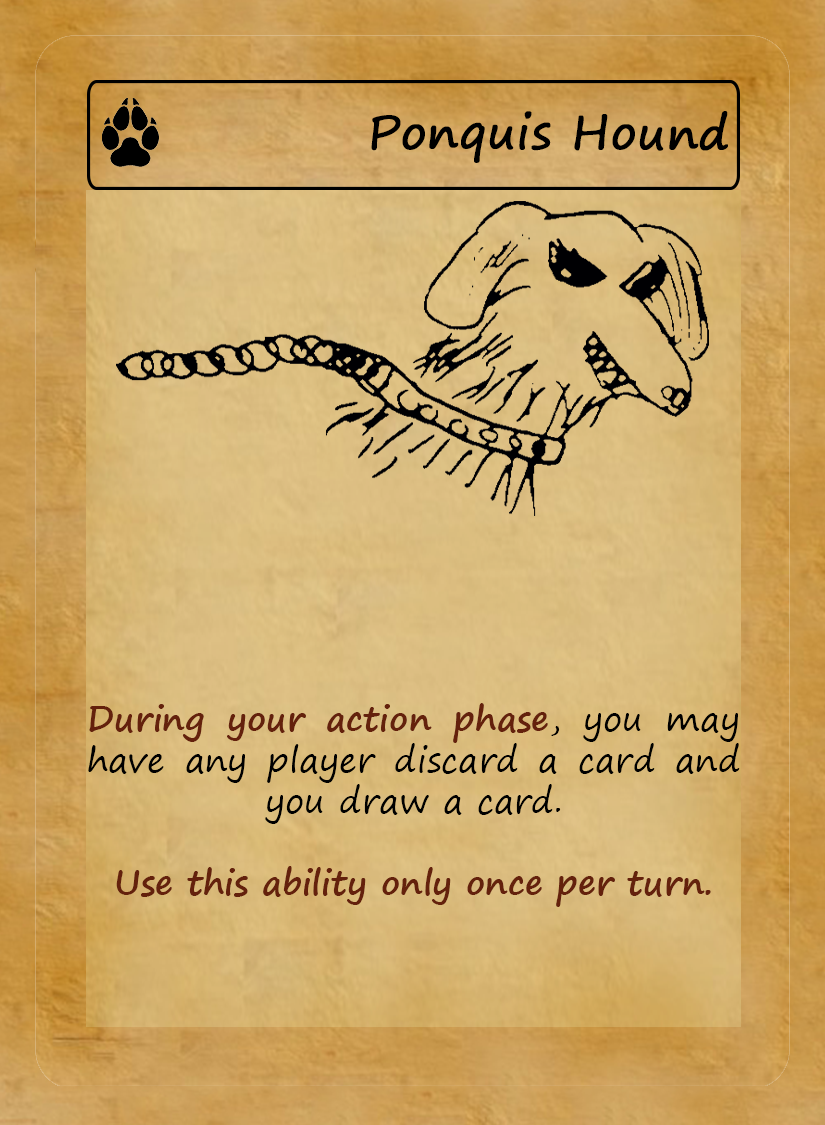 There are Hounds that specialize in menial labor and the pulling of machinery that are treated as secondary citizens among the Hound community. These Hounds tend to move around on all fours and communicate primarily with growls and barks, even though they appear just as humanoid as the members of the Hound upper class. The upper class Hounds walk upright and speak as well as any human.

While the majority of Hounds are either workers or soldiers in General Fydo’s Army, some have opted for other vocations.

Some Hounds have forsaken the battlefield to pursue endeavors in the world of finance.

Madame Ponqui would often send Hound Bodyguards to protect individuals that she felt might play a significant role in her cause to find the Mask of Unwanted Sorrows.