Shibbers are a migratory species of slender, metallic wormlike creatures that travel in large groups led by a Shibber Queen. The Queen is much larger than the typical Shibber and has actual legs, whereas the non-Queen Shibbers are legless. These non-Queens either slither like snakes or “dive” forward for short distances. 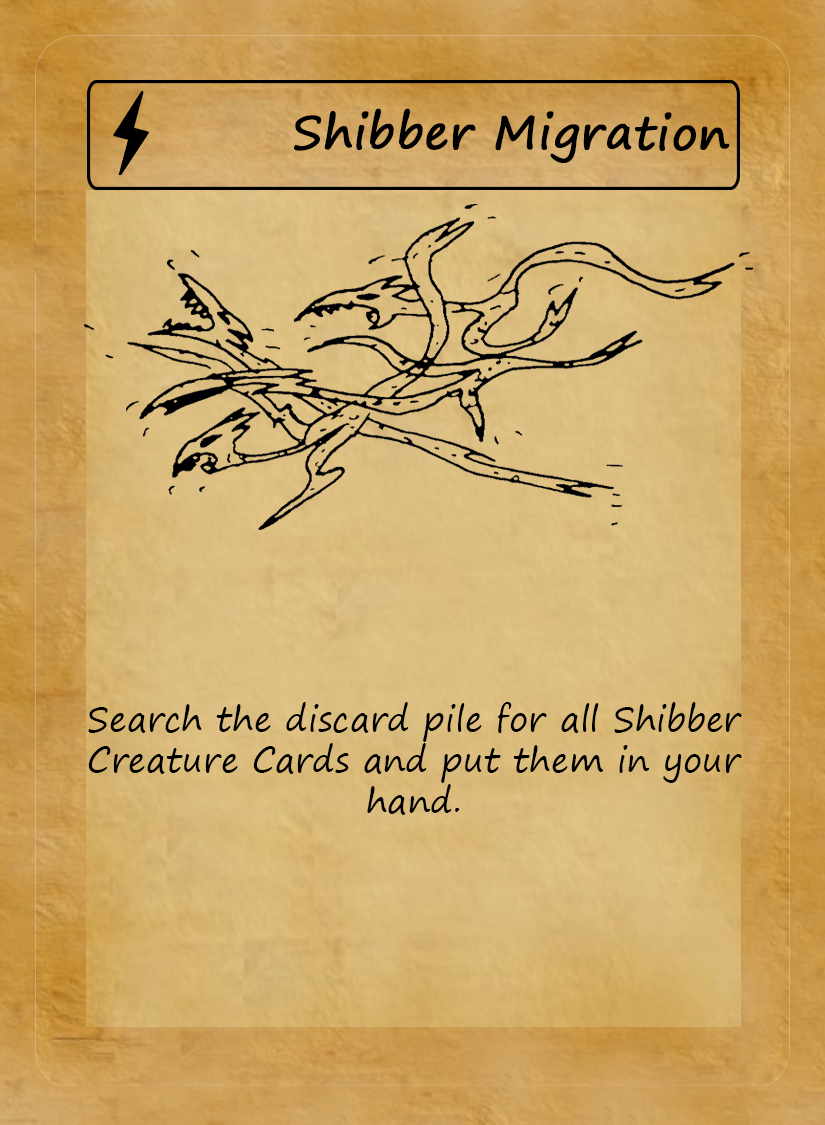 New Shibbers appear to grow out of the back and belly of a Shibber Queen, falling off the Queen when they reach maturity. These creatures appear to be some sort of life/technology hybrid. They are aggressive in nature, especially during their twice a year migration. They travel from East to West during the Summer and from West to East during the Winter.

While shibbers tend to migrate from west to east and from east to west, in the nation of Galuria, their normal migratory paths have been diverted. Forced to go around the famed Galurian Marketplace, shibbers in Galuria sometimes become extra aggressive.