These unpredictable creatures are primarily native to the nations of Yeslynn, Galuria, and Grumm, although some rare species have been spotted in other areas as well. The Keko Journal describes them as looking “like slugs made of sparkling, multi-colored Jell-O.” Cha-Os seem to thrive in drier climates away from large bodies of water. They range in size. The Minor Cha-Os, being the smallest Cha-Os, is roughly the size of an adult human fist. The largest is the Total Cha-Os which can be as large as an average Earth dairy cow. 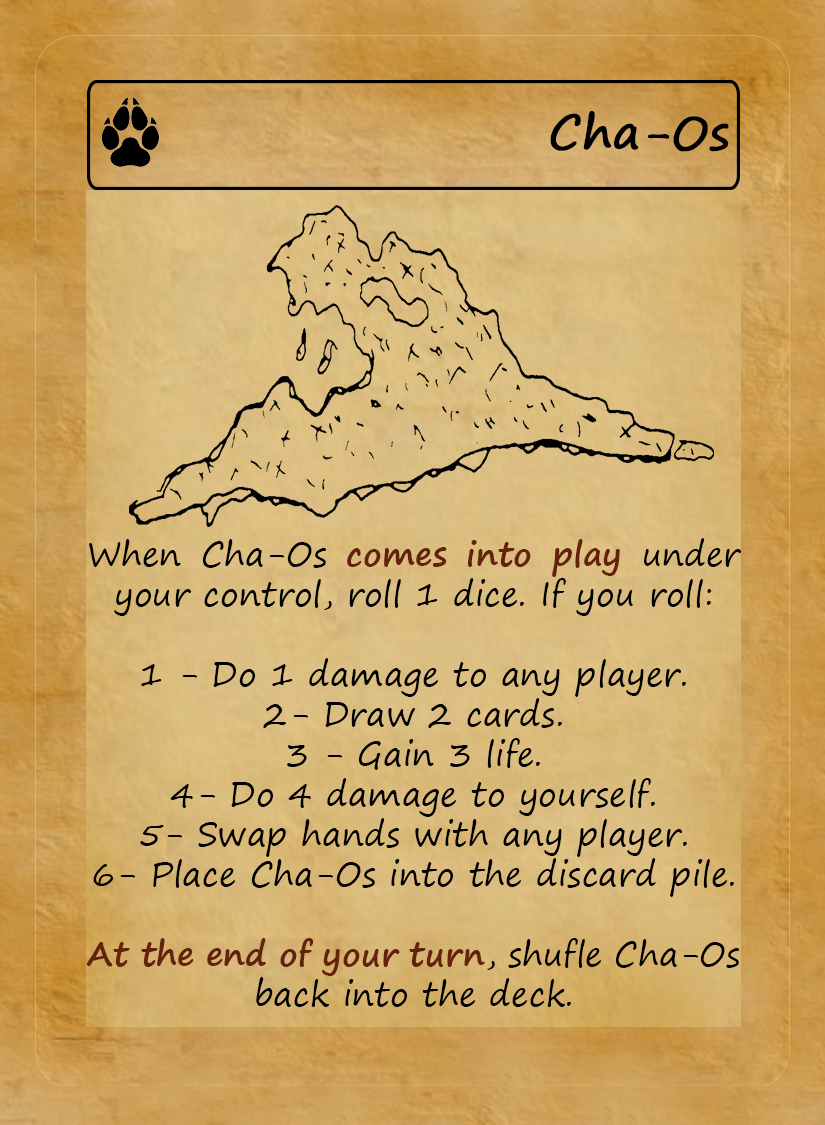 Most species of Cha-Os remain nearly stationary at all times making them easy to avoid, but, if they feel threatened, they are capable of quickly fleeing an area. Coming into contact with a Cha-Os can cause a large variety of effects. Sometimes, a Cha-Os can heal an individual or improve one’s cognitive abilities. Other times, contact can cause disorientation, injury, paralysis, or even death. Thrill-seeking teens sometimes dare one another to play the ill advised game “Chase the Cha-Os” where, on a dare, young people will go out looking for Cha-Os creatures and sometimes actually touch the creatures. This has led to serious injury and death and, at least in the nations of Yeslynn and Grumm, “Chase the Cha-Os” is now against the law.

The Cha-Cha-Cha-Os is the only Cha-Os native to Jo-Jo. Early during the trials held every ten years to determine who will rule the Island nation, competitors must attempt to spend three hours in direct contact with a Cha-Cha. Many competitors fail to advance beyond this stage of the trials.

Galurians have long tried to use the unpredictable nature of the Cha-Os to influence the world of economics with varying degrees of success.