The Thraxxis is potentially a very dangerous beast. This toothy, four-legged creature feeds off Krystal energy from any source. Transportations have been known to have their power completely drained from traveling too close to a Thraxxis. On the flip side, depriving a Thraxxis of Krystal energy can weaken it to the point where it is no threat at all. When they find a good food source, Thraxxis will always remain in one location until the Krystal energy sources dry up. At that point they will begin searching for a new home. This is perhaps, when the Thraxxis is at its most dangerous. 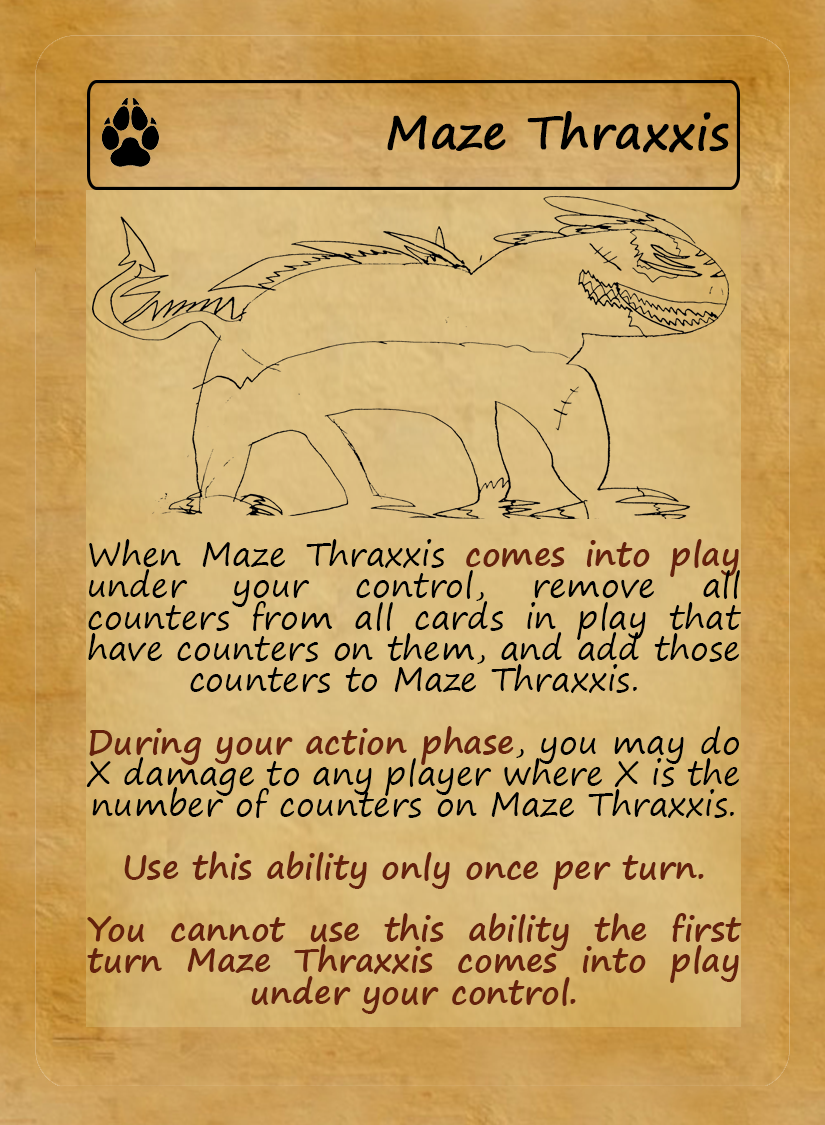 A traveling Thraxxis may be weak, but they are hungry and often wander into populated settlements that are utilizing large amounts of Krystal energy. During the Summer and Winter, in certain locations like the Plains of Torlyss, you may see an increase in Thraxxis activity as they often seek to drain energy from packs of Shibbers during their migration. Witnessing a battle between hungry Thraxxis and Shibbers protected by their Queen is a site to behold.

As powerful and dangerous as these creatures are, some have chosen to raise newborn Thraxxis as pets. Most of the time, this has not ended well.