Deffilwyne the Hunter shares the same name as his late father, who died under suspicious circumstances. While the elder Deffilwyne was revered as a great man -- someone who earned a fortune hunting rare and exotic creatures all over Nuggles -- the younger Deffilwyne has a reputation of being a spoiled scoundrel. What his father created Deffilwyne’s Holding to be a sanctuary where travelers could come and view some of Nuggles’ most remarkable animals, the younger Deffilwyne has transformed it into a thrill seeker’s playground where people pay excessive fees to hunt all sorts of creatures. 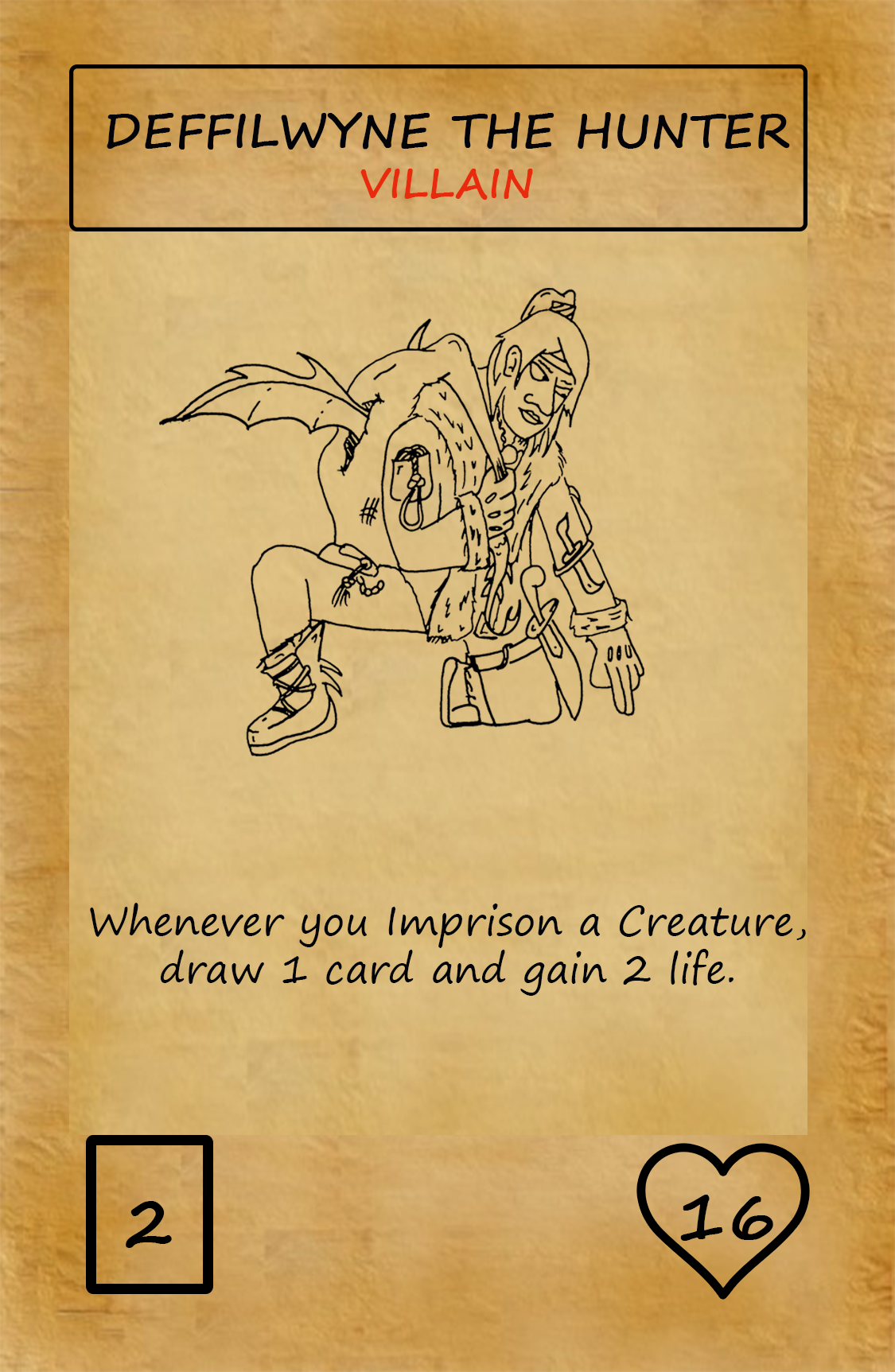 Madame Ponqui has recruited Deffilwyne, offering him money and glory to hunt down Lord Quiggs and the two Keko children. While Deffilwyne considers hunting children and old men beneath him, he has taken the job, partly for the money, partly because he thinks it will be fun. And partly because Ponqui claims to know the truth about Deffilwyne’s father’s death.

Retreats to the nation of Galuria to reevaluate his methods for tracking down Lord Quiggs and the Keko children.

Deffilwyne, embarrassed by his previous failed attempt to capture Lord Quiggs and the Keko children, makes an offer to Shwenn, the leader of Galuria’s Thieves guild enlisting the thief’s help.