People would travel for days during the rainy season in Berwykk to watch Valdynn Grytt perform in his theater. Billed as “The Tricker”, Valdynn would wow audiences with his magic tricks, the most famous of which was known as “The Old Switcheroo.” Valdynn would lock himself within a vault on one side of the stage. On the other side of the stage was a second vault. As Valdynn’s first vault was lifted up and submerged in a tank of water, audience members would shriek in horror thinking that “The Tricker” would surely drown. Then, as the audience was nearing a panic, Valdynn would emerge safely from the second vault and the crowd would cheer. 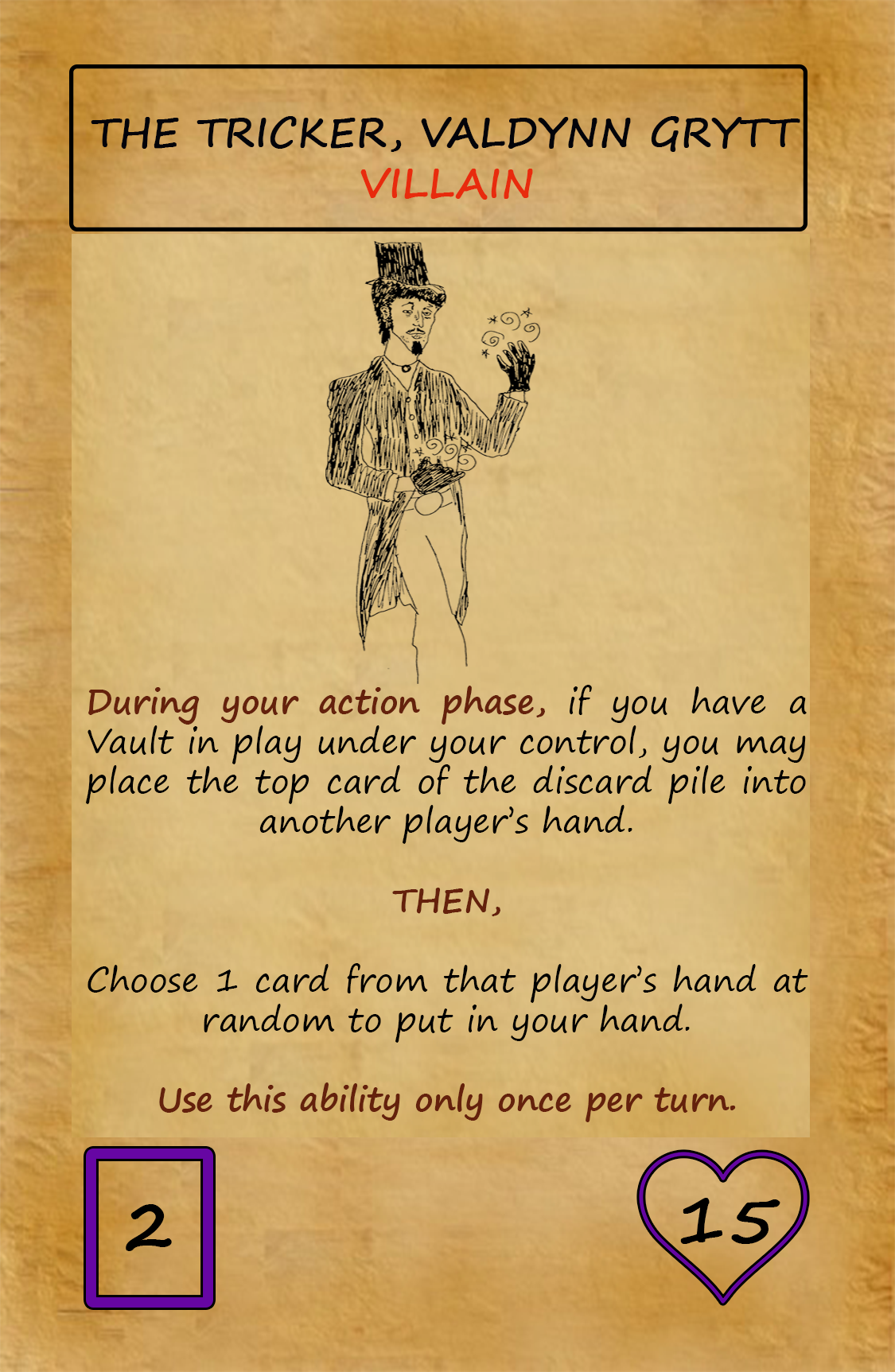 However, when Valdynn wasn’t wowing the crowds in his theater, he was secretly working for Madame Ponqui. She had recruited the entertainer in his younger years, provided him with Hound Bodyguards (Maxx and Byooti) and encouraged Valdynn Grytt to use his skills to both mesmerize and hypnotize the inhabitants of Berwykk. Valdynn became remarkably adept at winning over children, often asking them to join him on stage where he would include them in his act. Afterwards, he would line the children up, point at each one and proclaim: “You’re a Tricker”. The children loved it.