Queen Maggie Magillicutty of Galuria rules her nation with strength and joy. Having never married, Queen Maggie endured the greatest of scandals -- having a son out of wedlock. Her son’s father left before Maggie’s only child was born. Her child, Pagley, left Galuria when he was a young man, wanting nothing to do with his position as Crown Prince. 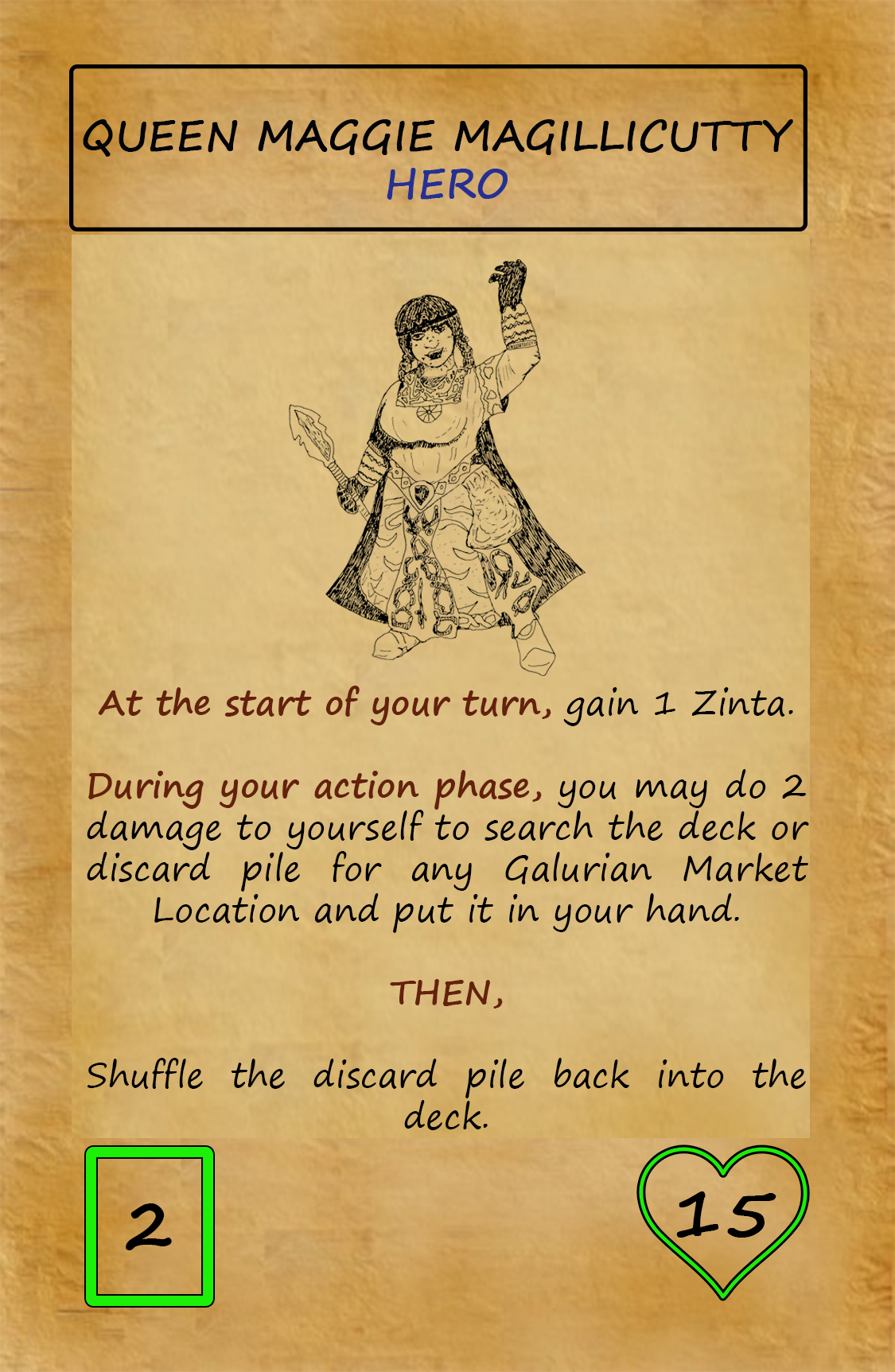 Now, Maggie’s nation is in a state of economic upheaval partly due to the blockade preventing people and goods from being transported out of the Galurian Marketplace, and partly due to the influence of Madame Ponqui’s Mask of Ill Gotten Gains. Reunited with her son, Pagley for the first time in over a decade, Queen Maggie pleads with her son to take his position back as Crown Prince, that her nation needs him.