Lord Quiggs and Madame Ponqui were both among the twelve individuals originally chosen to keep the corrupting power of the Mask of Unwanted Sorrows out of the wrong hands. When Ponqui betrayed the group, Quiggs had the Mask hidden away and began forming a coalition to stand against Madame Ponqui and those that chose to follow her. Now, centuries later, both sides in the conflict have grown stronger. As Madame Ponqui’s Hound Army begins to position itself for the conquest of Nuggles, Lord Quiggs has turned his attention to the ancient prophecies about the Nuggles-Born, the Earth child born on Nuggles but raised on Earth that could destroy the Mask and bring peace. 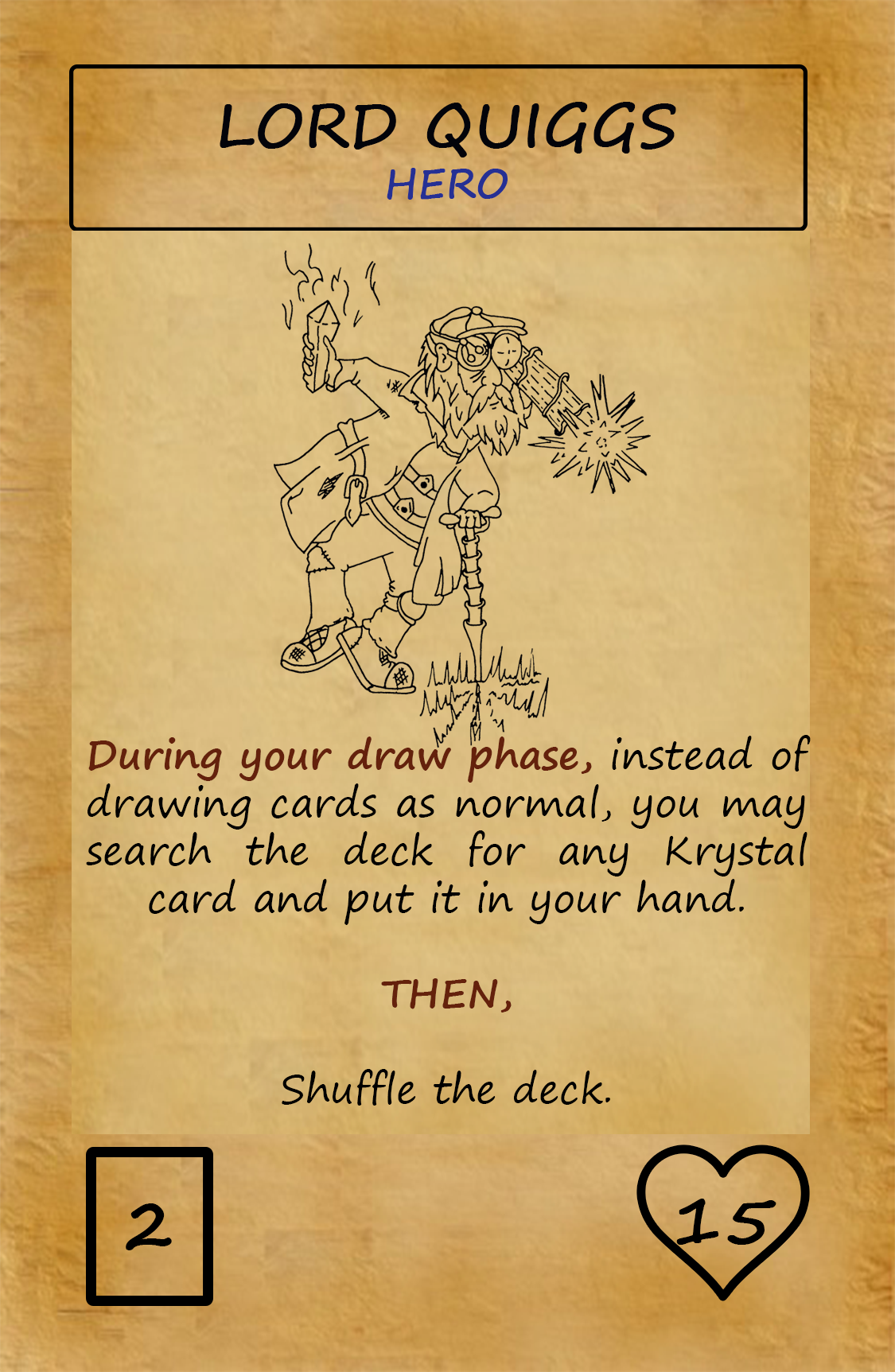 Convinced that either Samantha or Daniel Keko is that Nuggles-Born savior, Quiggs has traveled to Earth in his krystal-powered, interdimensional vehicle known as the P.T.A.W.M.T. (Portal to Another World Machine Thingy). Bringing with him a journal written by Samantha and Daniel’s father, Lord Quiggs has convinced the Keko children to join him on his quest to find the Mask of Unwanted Sorrows and stop Madame Ponqui once and for all.

On the Island of Jo-Jo, Quiggs stocks up on Krystals for the next phase of his mission and discovers that his mind has begun to fail him. He realizes that he is showing early signs of Krystal Dementia, a result of being exposed to so many Krystals for such an extended period of time.

After reuniting with Queen Maggie Magillicutty, having kept an old promise to her by bringing her son Pagley O’Fuzzinstuff back to his homeland, Quiggs leaves Samantha and Daniel Keko under Maggie’s protection. Realizing that he is suffering from Krystal Dementia (a disease that is caused by prolonged exposure to Krystals), Lord Quiggs leaves for the nation of Iplisteen. Both to gather allies in the battle against Madame Ponqui, and search for a remedy to his worsening condition.