As an orphan on the streets of Galuria, Zeebis was faced with a life defining decision at an early age. Zeebis knew that there were only two possible paths for him to take. He could either join the Thieves Guild, headed by the Master Thief, Shwenn, or. he could join the Galurian military and serve Queen Maggie Magillicutty. Zeebis chose the latter. At the age of fifteen his skill with a spear was well beyond his years. His self sacrificing nature impressed both his superior officers and the Queen. Zeebis was liked by most, and very well liked by some. In just over 4 years, Zeebis was promoted into the ranks of the Galurian Royal Guard where he has served admirably. 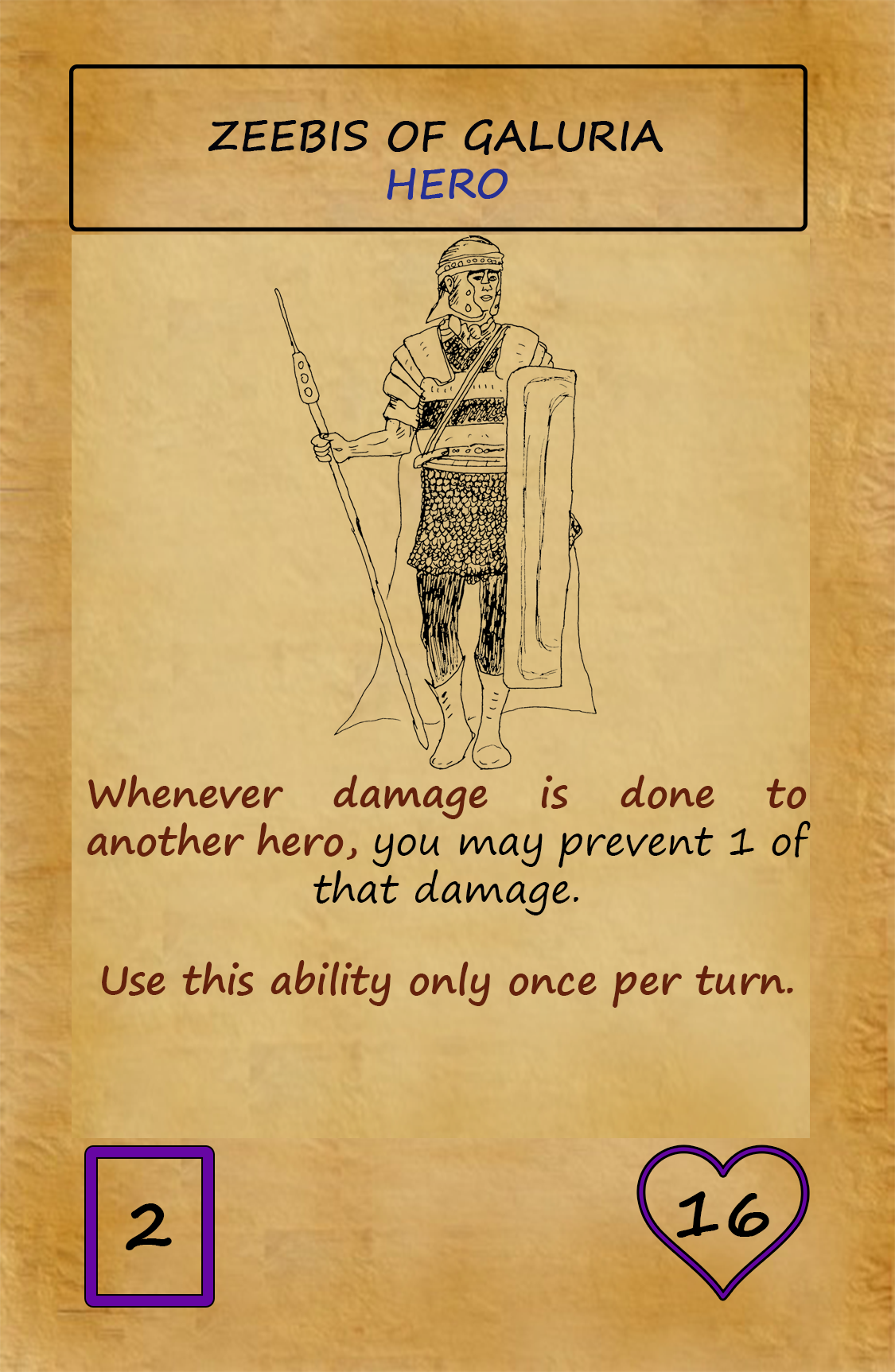 When Lord Quiggs and Pagley O’Fuzzinstuff arrived in Galuria with Samantha and Daniel Keko, Zeebis was the one who was asked to keep an eye on them. Zeebis spent time showing Samantha how to wield a spear. As rumors of war began to spread in Galuria, Zeebis was instructed to gather a small group of soldiers and secretly escort Samantha and Daniel to the Safe Zone city of Paradise in the nation of Yeslynn.