Captain Kellinjer leads a band of cold, calculating pyrates that have set their sights on the shipments of rare and powerful Krystals departing the Island of Jo-Jo to the nations of Yeslynn and Galuria. Kellinjer has patiently observed the nation of Jo-Jo from afar, recording in detail each of the island’s volcanic eruptions. Now, certain that Jo-Jo’s volcano is soon to erupt once again and emboldened by the fact that Jo-Jo has just recently appointed a new, younger, inexperienced leader, Captain Kellinjer has decided to invade the Island of Jo-Jo. With the assistance of his hound firstmate, Shanty, Kellinjer has moved his small fleet just off the island’s east coast into Pyrate’s Cove. 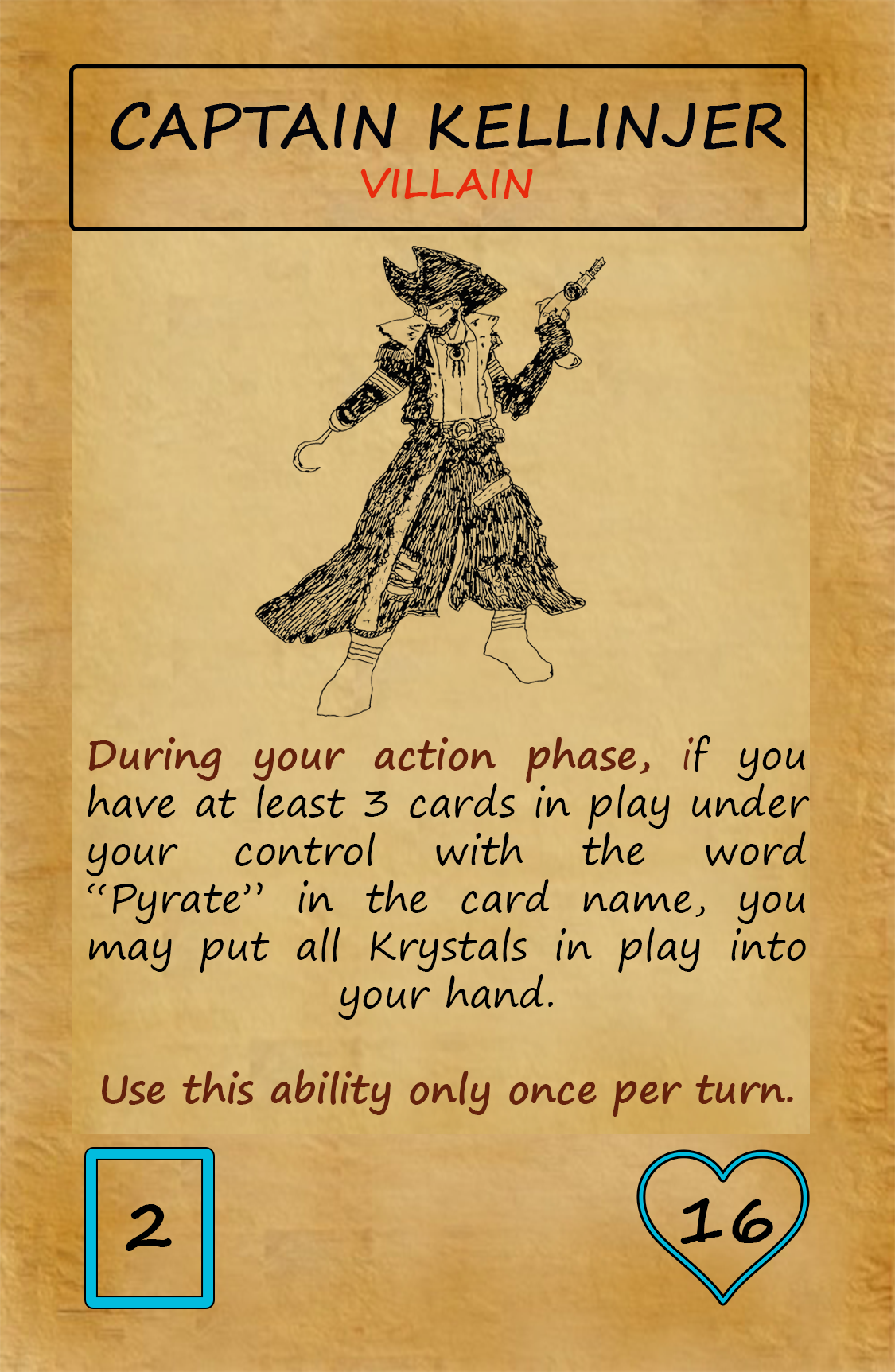